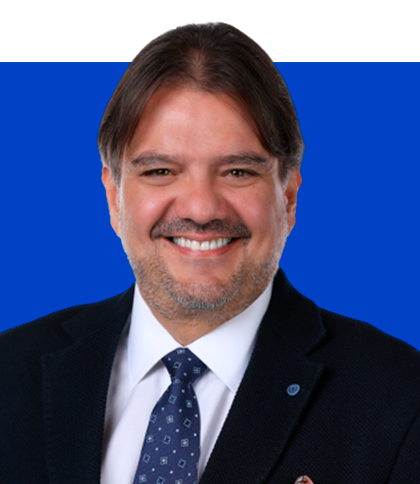 beIN SPORTS: The only ones offering live sports under the FAST modality

Antonio Briceño, General Director of beIN SPORTS North America, highlighted that the only channel that offers live sports through the FAST (Free Ad-Supported Television) is beIN SPORTS XTRA, which allows them to offer a truly unique experience,

“This allows us to avoid being affected by channel saturation, and at the same time raising the exposure and brands of some of our most important properties in a way that other programming networks may not be able to. It also allows access to a sample of the premium content that is available on our main channels,” he said.

beIN SPORTS XTRA and beIN SPORTS XTRA in Spanish are available through streaming services on more than 250 million devices and on broadcast TV, making them even more accessible to viewers simply with the use of an antenna.

Among the tournaments that have been added to the beIN SPORTS screens is Ligue 1, which has recently increased its audience due to the transfer of Leo Messi to Paris Saint-Germain. There are also the Copa Libertadores and the Copa Sudamericana of CONMEBOL. «Along with the next final of the Copa Libertadores, we will broadcast Palmeiras Victory, a documentary about the defenders’ champions,» says Briceño.

beIN SPORTS North America will begin broadcasting coverage related to the World Cup, starting this November 21, setting a year countdown until the opening of Qatar 2022 “and complementing our position as an official supplier in 24 countries in the Middle East, North Africa, and France. The special programming will include Welcome to Qatar, a 19-part documentary series, which will premiere on November 21 on beIN SPORTS XTRA,” said Briceño.

Another recently acquired right was the National Independent Soccer Association (NISA) game of the week. Also, the channel hopes to offer the expected Africa Cup of Nations tournament in January 2022. “In addition to soccer, our fans tune in every week to enjoy Bare Knuckles Boxing, which provides a professional platform for boxing without gloves, from the O2 Arena in London”.

beIN SPORTS en Español recently completed 100% of the renovations with all its current affiliates, including DISH, Sling TV, Charter, Verizon, Altice, Cox, fubo TV, Fanatiz, among others. “In addition, we have successfully reached a new distribution agreement for beIN SPORTS and beIN SPORTS XTRA with YouTube TV, making the channels available to their subscribers in the Sports Plus Add On complementary package,» he said.

Next year, the company’s focus will continue on the growth of beIN SPORTS channels on the important new digital and traditional platforms, as well as its expansion into the broadcast TV market.