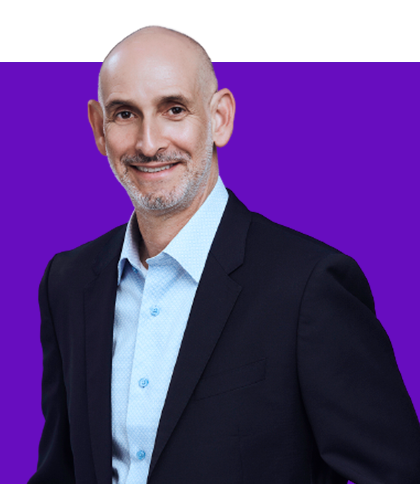 Univision is on the fast track of its transformation

Univision’s transformation is well underway according to Luis Silberwasser, President of Univision Television Networks Group, who quoted the Q3 positive results this year revealed by the CEO, Wade Davis. “We report a +17% growth in primetime audiences; a 59% Hispanic TV share, four percentage points higher than last year, and an increase of 32.5% in advertising revenue compared to the same quarter of the previous year. previous.”

He announced that at the beginning of November they renewed their branding to UNIMÁS, to position the brand as a dynamic, bold, and cheerful network that offers a great variety of entertainment.

“With the slogan ‘Vívelo todo’ (Live it all), a new logo, and a fun campaign with the most beloved faces of UNIMÁS, we celebrate the success of the innovative and live content that the channel offers. UNIMÁS has cutting-edge programming, the best soccer in the world, and is the channel with the youngest audience, regardless of language, throughout the day, so far this season 2021/20221,” Silberwasser highlighted.

Univision began this last trimester of the year with a new iteration of the Vencer franchise, Vencer el Pasado, produced by Rosy Ocampo of Televisa, which averages 1.5 million People 2+ (Source: NPM (10/12 / 2021-10 / 24 / 2021) Monday-Friday from 9 pm-10pm, channels with advertising, live+ same day). «Way above its closest competitor,” he reported.

La Desalmada, produced by José Alberto Castro for Televisa is another premiere that caught the eye. It began broadcasting in August and is the number 1 primetime program among Spanish-language networks in recent weeks, with an average audience of 1.6 million People 2+ (Source: Nielsen, NPM (10/25 / 2021-11 / 07/2021) Monday-Sunday from 7 pm-11pm, channels with advertising in Spanish, live + same day).

In live events, Univision will be presenting the 22nd Annual Latin Grammy Awards on November 18, and the final episode of Nuestra Belleza Latina on November 21. «To end the year, in December, we will have specials to celebrate the end of the year parties as well as the final stage of the Liga MX Apertura 2021 tournament,” he concluded.